In 1994 award-winning chef Cindy Hutson met her life partner, Delius Shirley. With an inherit passion for cooking, but no formal training and three kids to care for, Hutson was hesitant to open her first restaurant venture. Against the odds and with the extra support of Shirley, Hutson took the leap of faith and that same year opened Norma’s on the Beach.  Rave reviews touted Hutson’s cuisine as “the best Caribbean restaurant in South Florida” and international support from USA Today, The New York Times, London Times, Chicago Tribune, Chef Magazine and Eater, who named Hutson “Chef of the Year” (2012), helped set the pace for what would develop into a thriving culinary future.

Hutson’s culturally diverse and seasonally driven culinary style is heavily influenced by her extensive travel and food history. Her signature “Cuisine of the Sun” is a self-coined approach that means to create without limits and cook everything under the sun, infusing nuances of her famous island flavors throughout. “I thrive on teaching about our earth’s bounties, edible history and utilizing indigenous ingredients that are regionally prepared,” says Hutson about her culinary inspiration, which is apparent in her many regionally-inspired Caribbean concepts.

More than 20 years later Hutson and Shirley have built a culinary empire with the successful opening and operation of more than eight award-winning concepts. Currently, the dynamic duo run their seventeen-year-old love-child, Ortanique on the Mile in Coral Gables, Florida, which opened with Esquire and Bon Appétit acknowledging it as one of the “Best New Restaurants” and Condé  Nast Traveler awarding it as one of their “Hot Table” concepts.

Last spring, Hutson published her first cookbook, From the Tip of My Tongue (Story Farm), which received the prestigious 2015 Gourmand World Cookbook Award for “Best Woman Chef Cookbook in the United States.”  In February 2016, Hutson opened Zest, a contemporary dining concept, and Zest MRKT for “grab and go” in downtown Miami’s Southeast Financial Center. The 3,500-square-foot restaurant and its adjacent market feature menus inspired by Hutson’s multi-ethnic and seasonally inspired “Cuisine of the Sun.” Additionally, Hutson and Shirley recently opened a Zest concept at The Cliff Hotel in Negril, Jamaica where her world cuisine is now enjoyed overlooking breathtaking views of the pristine Caribbean Sea.

Found A Better Rate Online? We'll match it if you book direct. Contact us at Reservations@thecliffjamaica.com or call +1-800-213-0583. 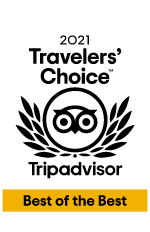 This website uses cookies to improve your experience while you navigate through the website. Out of these cookies, the cookies that are categorized as necessary are stored on your browser as they are essential for the working of basic functionalities of the website. We also use third-party cookies that help us analyze and understand how you use this website. These cookies will be stored in your browser only with your consent. You also have the option to opt-out of these cookies. But opting out of some of these cookies may have an effect on your browsing experience.
Necessary Always Enabled
Necessary cookies are absolutely essential for the website to function properly. This category only includes cookies that ensures basic functionalities and security features of the website. These cookies do not store any personal information.
Non-necessary
Any cookies that may not be particularly necessary for the website to function and is used specifically to collect user personal data via analytics, ads, other embedded contents are termed as non-necessary cookies. It is mandatory to procure user consent prior to running these cookies on your website.
SAVE & ACCEPT

⁣⁣Jamaica is opening its borders to international flights as of June 15th and 𝐰𝐞 𝐚𝐫𝐞 𝐫𝐞𝐨𝐩𝐞𝐧𝐢𝐧𝐠 𝐨𝐮𝐫 𝐝𝐨𝐨𝐫𝐬 𝐨𝐧 𝐎𝐜𝐭𝐨𝐛𝐞𝐫 𝟏𝐬𝐭, 𝟐𝟎𝟐𝟎. We know some of you will be a little disappointed that it’s not sooner, but our primary focus must always be the health & wellbeing of guests and the Cliff team alike. With that in mind we feel it’s important not to rush the comprehensive staff training required to implement all of the new enhanced safety procedures & protocols we now have in place… On a lighter note we are also using some of the time to do a few hotel upgrades, which we think you’ll love!

There is no doubt the last few months have been difficult for everyone. Many of you have been cooped up indoors, in some form of self-isolation, yearning to get back on the road to ‘normal life’ again… We hope that our little slice of Island paradise here in Negril will be a small part of that journey.

For many of you, mentally traveling the world from the comfort of your favorite sofa has been a great way to escape! The perfect ‘stay at home’ distraction to ease the mind. But, now with brighter days emerging on every horizon, you can turn those tropical thoughts of carefree summer days into a travel reality… ⁣⁣⁣it’s time to stop dreaming and to start planning!

Let the countdown to October 1st begin. We can’t wait to see you all very soon.

To Book An Appointment

Due to the popularity of the spa, we recommend booking services at least 2 weeks prior to your arrival. For your convenience, many of our treatments can also be provided as in-room services.  To learn more about our spa services and pricing, please contact us by email at Reservations@thecliffjamaica.com or call +1 800-213-0583.

Please arrive at the Salon at least 10 minutes prior to your scheduled service. This will allow time to check in and be escorted to your treatment room. Please note that services for late arrivals will end at the scheduled time. Cancellation policy: We require 4 hours notice if you need to cancel. No shows will incur a 50% charge.

Contact Us
//add to body start of all pages